I was surfing the adult websites a few months ago, when a gentleman I had never met requested to chat. He was looking for sexual pleasure and instructed me to bring my wife down to his condo. I was totally unprepared to do this on such short notice but did end up setting up a time and place several days later. There was some miscommunication with the exact meeting spot and things never did materialize. So being that he gave me the name and room number of his Timeshare, the wife and I decided to head over there and do something we had never done before. She was going up to his door with nothing on except her long, knee length sweater. When we found his unit we parked in a dark secluded spot a couple of stalls away and she began taking a deep breaths. We were both so excited to have this happen. We embraced and inhaled each other so deeply it was intoxicating. She walked out from the car and my ‘cuck angst’ took over. I could only imagine that many ways they would make love and how she would orgasm for the next hour or so. However, she returned five minute later to tell me that he had not returned back yet. We were so horny at that point I had her text one of her other boyfriends who lived nearby and the three of us had sex right there in the parking lot. Her boyfriend stroked his hard cock while I enetered her from behind. We did this for forty minutes until we all came together in wave after wave of pleasure. I was not supposed to ‘have her’ but we both could not resist the urge to release our sexual tensons. 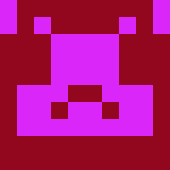