The following conversation took place on what became the day my husband proposed to me. It happened in 2004 so I’m definitely paraphrasing and abbreviating the whole day, but the important bits are here. My husband did not have cuckolding in mind; just sharing me. The cuckolding and consequent denial were my idea. Rather than try to do this with the grammatical flair of a novelist, I’ll just use “C” to represent me talking, and “H” for hubby to represent him talking. I’ll never forget the phrase he started this chat with…

C: “You now have my total attention!”

H: “Well I bet this doesn’t go the way you think it will. I want to have a sincere conversation about something I’ve been thinking about for a while now. I love sex with you; it feels like a privilege. I also know that sex with me isn’t as good for you as it is with me.”

At this point I started to say something but he stopped me. He knew what would come out.

H: “I know you enjoy it, but I’m getting miles more out of it that you, and I know that part of that is because of my size. We’re honest enough with each other so that you know it’s silly to sit here and assure me I’m huge, or generous, or average. I have a small dick and I’m fine with it. I don’t feel less a man or anything, any more than you’d feel less a woman if you were flat chested and had a soldier’s haircut. But it does have an effect on our sex life and always will.”

“So let me just get to the point: as long as we’re together – and I hope that’s counted in years – I want you to feel free to take another lover when the inclination arises. How and when will be up to you, just as long as you’re safe, you’re happy and you remain my girl. I want you to enjoy all that life has to give.”

He stopped and I remember just having nothing to fill the silence with, so that’s what I told him. He laughed his head off. My husband is now submissive to me sexually but in all other ways he is a wonderfully relaxed, confident and self-assured man. He laughs at life’s awkwardness and his laughter erases it immediately. I love that about him.

“OK here’s a plan. Think about it for a while and when you want to talk it through, we will.”

That was over breakfast, and that about decided what I’d be doing that day: thinking about this bombshell. He was, as always, right. My man speaks the truth like nobody I know. He isn’t well endowed, or even average. Sex with him was warm, loving, intimate, but it was never wild, torrid, depraved, and probably never would be. He’s just not that kind of man, even if he was big.

I knew he meant it; I knew he was the sort of person who was just bold enough to let this happen, and in bed I was typically the leader anyway. He didn’t feel less confident as a man because of his lack of size, but he didn’t take the initiative there either. Sexually, he was happy to be directed, to please me. If this had been his way of getting permission to be with another woman, or get a threesome out of me or something, he’d have said it. That wasn’t what he had in mind; he had in mind being a better partner for me.

I knew about cuckolding but didn’t know whether people actually conducted relationships like that; successful ones, so I looked it up online and learned a whole lot in about an hour. Turned out a lot of men are turned on by their women being desired by a hot man, by being denied sex themselves, by being humiliated by the comparison, being controlled. Armed with this and some reading from peoples’ blogs, I spoke with my man again.

C: I’m prepared to do this, actually part of me is looking forward to it, but we need to run a few scenarios by ourselves.”

I saw the mental shift in him. He was obviously prepared for me to say “no way” and had a pile of arguments ready. Now he didn’t need them.

C: “I’d prefer this to happen mainly with one steady man, instead of going to some nightclub and picking up a stranger whenever I felt the need. It sounds more predictable, and safer.”

H: “I agree, but that might be hard to find straight away.”

C: “Yes so I’m prepared o have a few one-nighters if I need to.”

He was obviously still adjusting to the fact that I was apparently on board. It was about now that I started to see a hint of that “oh shit” look that this was now going to leap out of fantasy and land in real life. Quite a cute look actually.

C: “What we need to realise though is that I’ll be trying to keep two men, in different ways of course. I’ll always be a good partner for you, but I will also need to be a good fuck buddy for my lover. If I’m not, they won’t hang around. I’m not sure just how high my sex drive or stamina is, but if it’s not enough for two men then my lover will get highest priority there. Just like you’d never accept me not putting you first as a partner, I may well have to put the other man first, and you second, in bed. Put simply, if we get this happening properly, you’ll probably end up getting a lot less sex than my lover.”

This was plainly not in his plan.

H: “Well I thought the way to go would be to just figure out how much sex you want in total and divide yourself between him and me.”

C: “That is the way I’ll go, but it won’t be divided evenly. This other man’s only interest and involvement with me will be for sex. He gets no other time, no imagining a future together, no coffee and cake, no picnics, no dinner parties, no weekend barbecues, no movies… just sex; so to keep him, I’ll have to give him what he wants.”

H: “Well I have to congratulate you on how well you’ve been thinking it through; I hadn’t thought of that but it actually makes sense. Just not sure I’m glad it makes sense.”

C: “Yeah I’m sure we’re going to have moments like this when something we hadn’t thought of comes up and we have to decide how to take it. I saw that look on your face before that told me you didn’t think I’d be on board with this so quickly, but you know that you tend to make convincing arguments when you want to, and this morning was no exception. You’re right: sex with you is beautiful but it’s never going to be unhinged. You make love to me so sweetly but you’ve never really fucked me, and yes part of that is your size, but part of it is who you are, and who we are as a couple too.”

H: “Do you miss being fucked?”

That question was difficult to answer, because I wasn’t sure I even knew what I was missing, and that’s what I told him. I told him I’d only been with 4 other men (which he knew already) and none of them were big down there in a porn-star way, and I was at least an equal sex partner, or the leader, with all of them. I’d never really been “taken” or “used” the way the trashy novels painted it. I missed missing out on it, and I liked the idea. I really really liked the idea, which brought me to my next question.

And I think for the first time since I’d met him, I saw my man blush a little as he answered.

More later when I have more time to write. 🙂 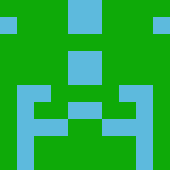 Aussie hotwife cuckolding my husband, tinycuck, since before we married in 2004.