Experience of Cuckolding My Husband

On Saturday night I was treated to a lovely dinner by Rick and then to a trendy dance club afterward as tom played chauffeur.   As Rick and I fondled and kissed in the backseat on the way home, I watched tom eyeing us in the rear view mirror.   By the time we reached the driveway of our home Rick already had my panties off and in his pocket.

We coupled and slept late the next morning and I treated both tom and Rick to a nice breakfast brunch. After Rick left on Sunday, I teased tom while still in my little negligee and released him from the confines of his CB3000.  I told him how proud I was of him being patient and he was rewarded with a very nice hand job.

To conclude on Tuesday afternoon I met a man that really intrigued me.  I was at the gym working out when he walked by and smiled.  He stopped, chatted and did a little flirting, but that’s for another time. Lunch maybe? 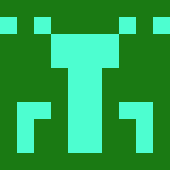